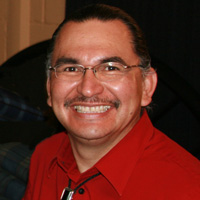 Chug grew up on the reservation in the ranch and rodeo life.  He also grew up with alcohol which caused a lot of problems in his home, and eventually, in his own life.  He was only a junior in high school when he left home after a fight with his dad.  But that didn’t fix his problems.  In fact, they were really just beginning.  Years past and his troubles grew worse.  As time went on Chug could see that his rebellion and addictions were bringing him down… and that it was taking a toll on his young family.  The pain and shame of his actions – it was all catching up with him and he wanted to find a way out.  His wife discovered it first, and then he too found the way… the only way.  It was through Jesus Christ.